At the end of the noughties, manufacturers of inspirational nick-nacks, hand-painted pebbles and hanging pendants latched on to the commercial benefits of laughter and happiness and began a land-grab for any quote on the subject ever muttered by anyone vaguely famous. The results now festoon homes across the globe.

Our founder, comedian Stephanie Davies, watched this with bemusement, for she understood the power of humour and laughter long before Gandhi’s words became trinkets.

She recognised that laughter and humour could not only help her survive in male-dominated working men’s clubs in the North, but could also be utilised as a tool to empower individuals and organisations.

In addition to her stand-up career, Stephanie, who trained in community arts, worked in several community projects. Here, her interest in the psychological processes which underpin humour and laughter developed, and led her to embark on a Master’s Degree in psychology, in which she researched the neurological processes which drive humour and happiness in the human brain. Her investigations took her to the US where she studied at the world-famous Gesundheit! Institute with Hunter Doherty "Patch" Adams; the doctor, author, comedian and social activist whose life was immortalised in the Robin Williams movie, Patch Adams. Stephanie became one of the UK’s most renown experts on the science of humour, laughter and happiness.

Put the kettle on and get yourself a HobNob!

A 5-minute animation about Laughology - past and present

In 2006, most of the corporate world was still in the happiness Dark Ages, believing that productivity resulted when people worked harder. Against this backdrop, and contrary to the advice of several scoffing bank managers, Stephanie set up Laughology. She knew there was a better, more effective way to help people and organisations be better and thrive.


She used her stand-up performance skills and scientific knowledge to create a learning and development consultancy like no other. Laughology training was underpinned by the neuroscience of humour, laughter and happiness and delivered in a fun, dynamic, interactive laugh-out-loud style that was, and remains, an antidote to the flip-chart*, grey-suited lecturing status quo.


At Laughology, we understand that happy people work better and that happiness is not about gimmicks, quick-wins and fridge magnets. Realistic happiness hinges on tangible factors such as resilience, problem-solving, sustainability, positive relationships, personal development and support. 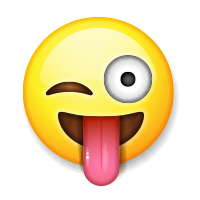 At the start of the Laughology journey, Stephanie explained to fellow comedian Kerry Leigh that she was going to change the world with laughter.

Kerry questioned her friend’s sanity but was, nonetheless, press ganged into service and soon became a convert. She is still the longest-serving Laughology facilitator. Others followed. Word spread.

Laughology developed programmes and training for schools, public sector organisations and businesses. Dave Keeling, with his background in comedy and acting, was a perfect fit for the growing business. Juliette Yardley, with her experience in psychology also joined the band of merry trail-blazers.

Today we have a team of like-minded experts from a range of fields, including former headteachers and HR consultants, who are experts in behaviour change, positive psychology, the neuroscience of learning and organisational development.

In the wake of recession, the Conservative Government launched the national happiness index in 2010, realising that happiness was a better indicator of wellbeing than GDP. Education, faced with an epidemic of pupil mental health issues, started to address pupil happiness.

Businesses realised that to increase productivity they had to look after their people and make them happy (most called it engagement as they still had a problem with the word happiness).

Suddenly, those scoffing bank managers were no longer laughing (apart from the ones who had been on Laughology courses). Of course, none of this came as a surprise to us. We’d known all along that there is little success where there is little laughter.

We remain the UK’s most refreshingly different learning and development company and one of its most successful. We work internationally with some of the world’s biggest brands and businesses in all sectors. We work with schools and governments to build better people and organisations.

Our workshops, bespoke programmes and keynotes cover a huge range of subjects, from culture change, transformation and diversity to menopause awareness, absenteeism and workplace wellbeing. We continue to grow and develop.

Our Happy-Centred Schools programme was the first of its kind in the UK and continues to help schools and pupil achieve more. We launched the UK’s first Happiness Awards to honour organisations which use happiness to empower people. And everything we do is still delivered with the fun, laughs and dynamics that have always been the Laughology trademark.

*We sometimes use flip-charts. But we draw funny things on them.

WE WORK WITH ORGANISATIONS AND SCHOOLS THROUGHOUT THE UK