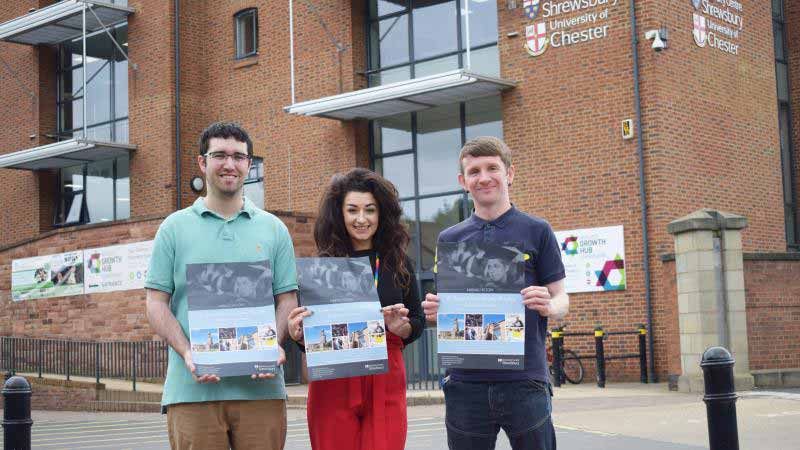 University Centre Shrewsbury is a distinctive institution, focused on high-quality teaching and research, fostering entrepreneurship, contributing to the community and, ultimately, making a global impact.

Kelly has made an impact in her own right, with her 'willingness to work and get involved', according to Deputy Provost Paul Kirkbright who, in his nomination, said: 'Kelly has been at the university since 2015. She is always ready to work and happy to get involved in everything; creating events such as quizzes, staff outings and cake and coffee days

'She takes part in every event the students put on, offering help, support when needed. She is a true asset to the University and I feel it should be recognised.'

According to Paul, Kelly recently won an Unsung Hero, and Outstanding Support Staff prizes at the University Centre's End of Year Ball does win a National Happiness Award 2018. Maybe she needs to buy a bigger trophy cabinet?

If you're a student or a colleague who Kelly has helped and supported, go to the National Happiness Awards 2018 page and send a nomination on her behalf.

Nominations close soon, so if you think your school, college or University deserves its own recognition, send us a nomination now.