The Laughology Happiness Awards 2016 came to a glittering conclusion on Friday night (November 18) when the happiest people and places in the UK were honoured at a ceremony in London.

The awards were staged to celebrate Laughology’s tenth anniversary and to recognise like-minded people and places who harness the power of happiness to improve lives. They were even praised by Home Secretary Amber Rudd in a letter to Silverdale headteacher, Liz Miles. Ms Rudd wrote: “I was thrilled to hear that Silverdale has been shortlisted in the Laughology Happiness Awards 2016.” She went on to congratulate the school on its victory.

The winners, chosen by an independent panel of judges, were: 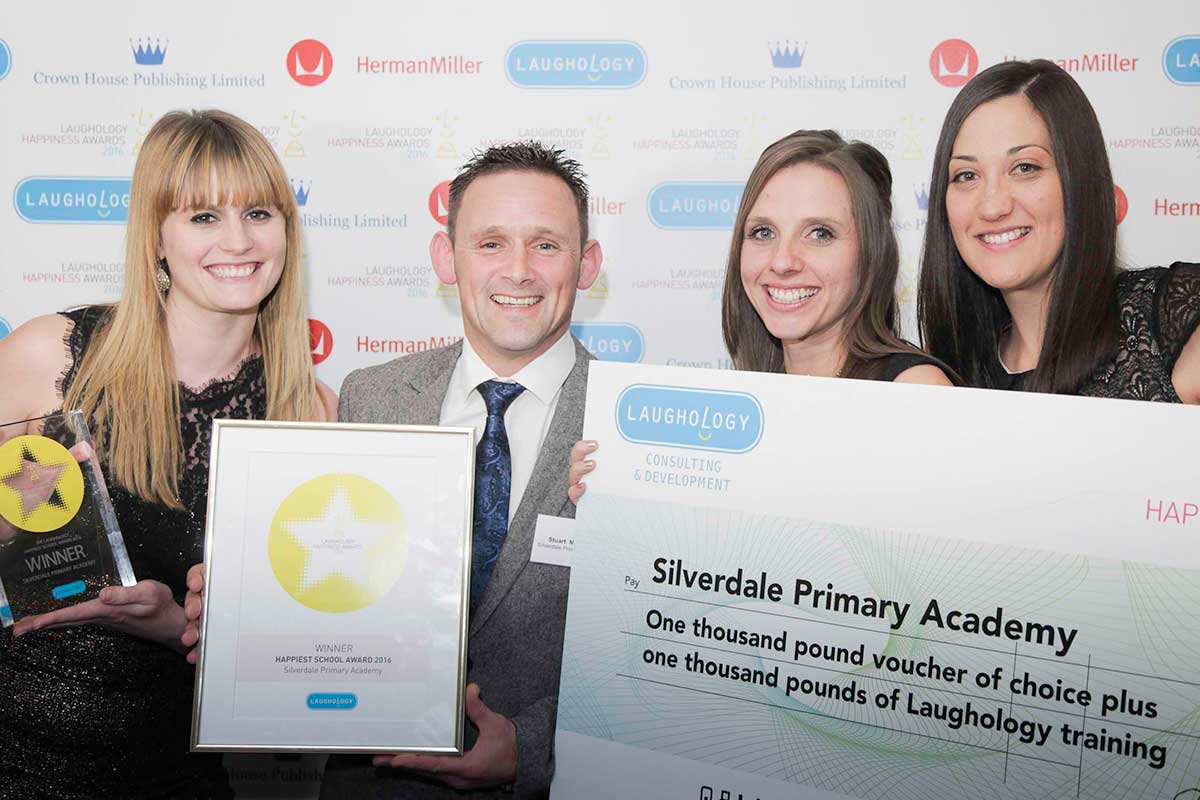 Silverdale Primary Academy impressed judges with its commitment to creating a happy environment for staff and pupils. Initiatives include a website to track pupil happiness and a year-round competition to ensure happiness stays at the forefront of school life. Pupils even go to other schools to tell them how to be happier.

Stuart McLean Vice Principal of Silverdale Primary Academy said: “It is a tremendous accolade and validates the work we do in the school which is based on positivity and happiness, which is embedded in all we do with our children and staff. We couldn’t ask for a better team of staff and children at the Academy and that’s what it’s all about for us.” 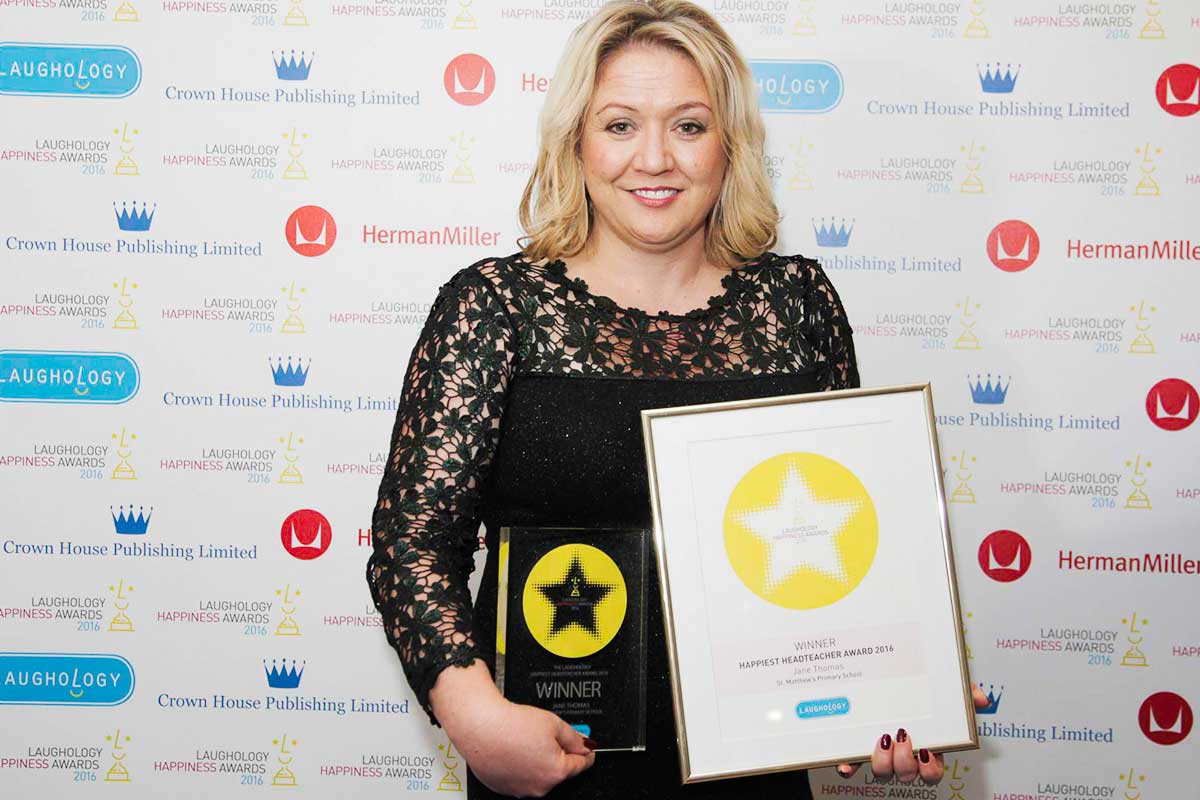 Jane Thomas runs the UK’s first Happy-centred school and places pupil well-being and happiness above all else. She has introduced a school curriculum which runs alongside the National Curriculum and encourages important childhood experiences, such as making mud pies and going to the theatre.

She said: “It’s humbling to win because it is really a team effort. Happiness is the keystone of any school. Children don’t want to come to school if they don’t feel safe, listened to, and happy. If they don’t feel like they can succeed and thrive they don’t want to learn. The awards have been amazing. To have so many like-minded people in the same room has been overwhelming.” 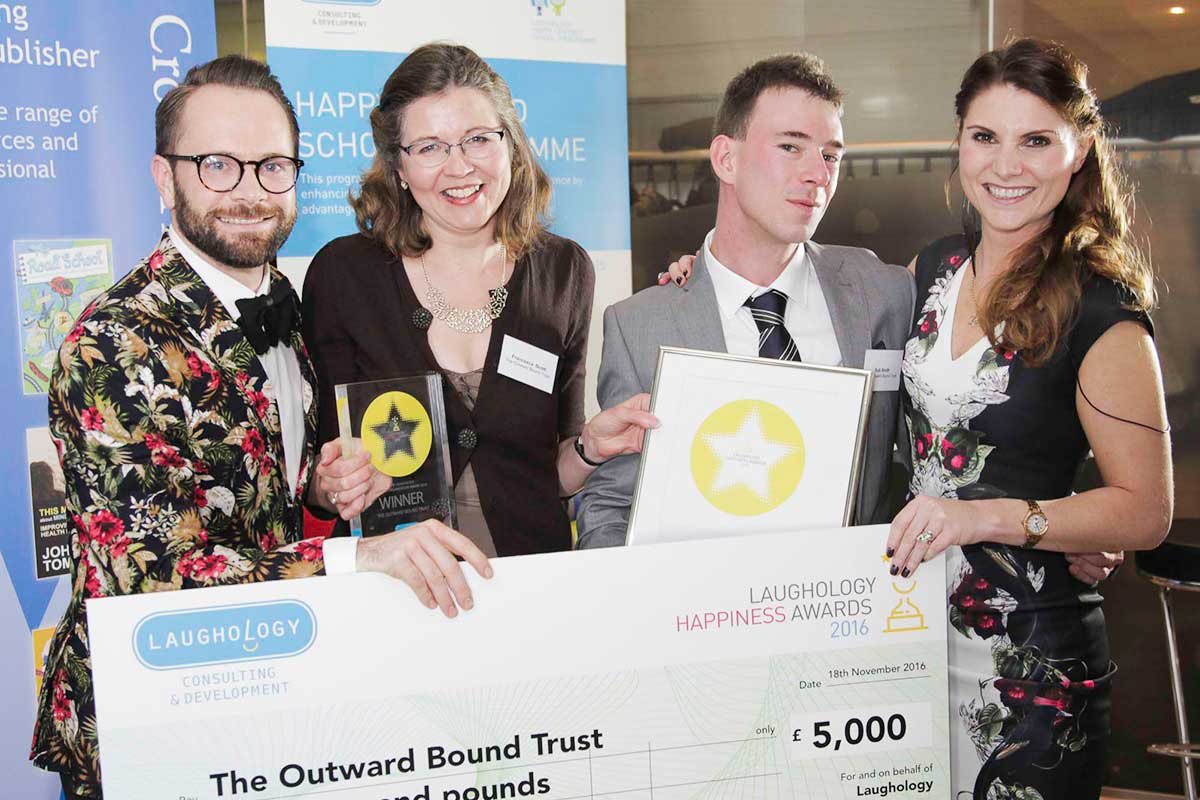 The Outward Bound Trust’s commitment to staff happiness and well-being impressed judges. Described as an amazing and inspiring place to work, the Trust has developed an initiative called ‘The Way We Work Together’. It enshrines and encourages values of mutual respect, autonomy, engagement and inclusiveness.

Francesca Scott, Outward Bound Trust Head of People Strategy, said: “We are over the moon because we’ve worked really hard to make the Outward Bound Trust somewhere where people really want to come and work. There were some amazing businesses in the awards so it was brilliant to win.” 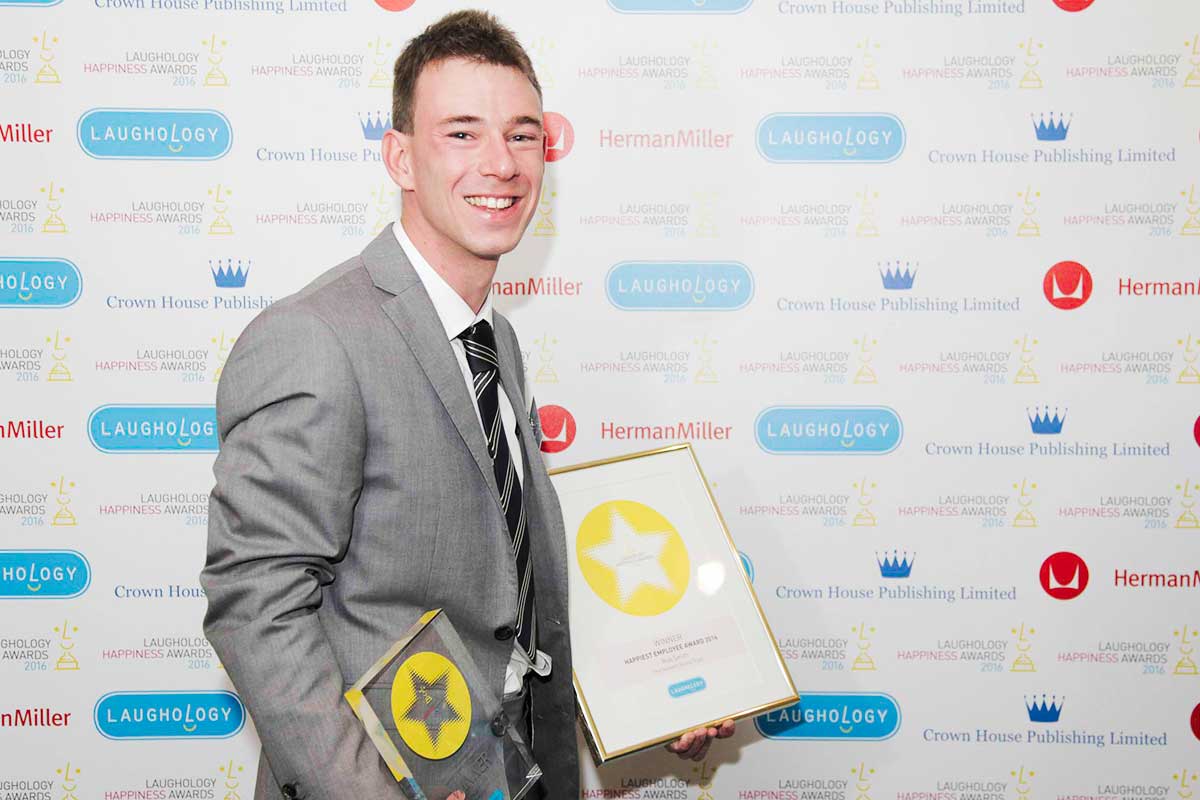 Happiest employee, Rob Smith, leads teams of young people at Outward Bound’s centre in Gwynedd. He is described as an inspiration to all he meets whose positivity knows no limits. The young people he mentors love him, and his puns and witty observations are legendary.

He said: “It means a huge amount to win. The job I do is about inspiring young people and giving them and opportunities to potentially do things they’ve never done before so this isn’t about me it’s about the fantastic organisation I am privileged to be a part of. I am certainly privileged to have won the award.”

The awards were sponsored by Herman Miller and Crown House Publishing and supported by government happiness adviser Sir Anthony Seldon who said: “The awards are important because they recognise that happiness is not just a nebulous concept. It is a vital component in the human condition that needs to be encouraged and nurtured in all areas of life.”

Laughology founder and CEO, Stephanie Davies, said: “Our winners and all our finalists have been amazing. The awards are our way of recognising and honouring those in the UK who, like us, are making the world a better place through happiness. I’ve been blown away by the reaction to the first ever Happiness Awards and this will now become an annual event that we know will grow bigger and bigger each year.

“They have captured the imagination of people and organisations across the UK and they prove that both business and education take happiness seriously.”

The full list of winners and runners up are: 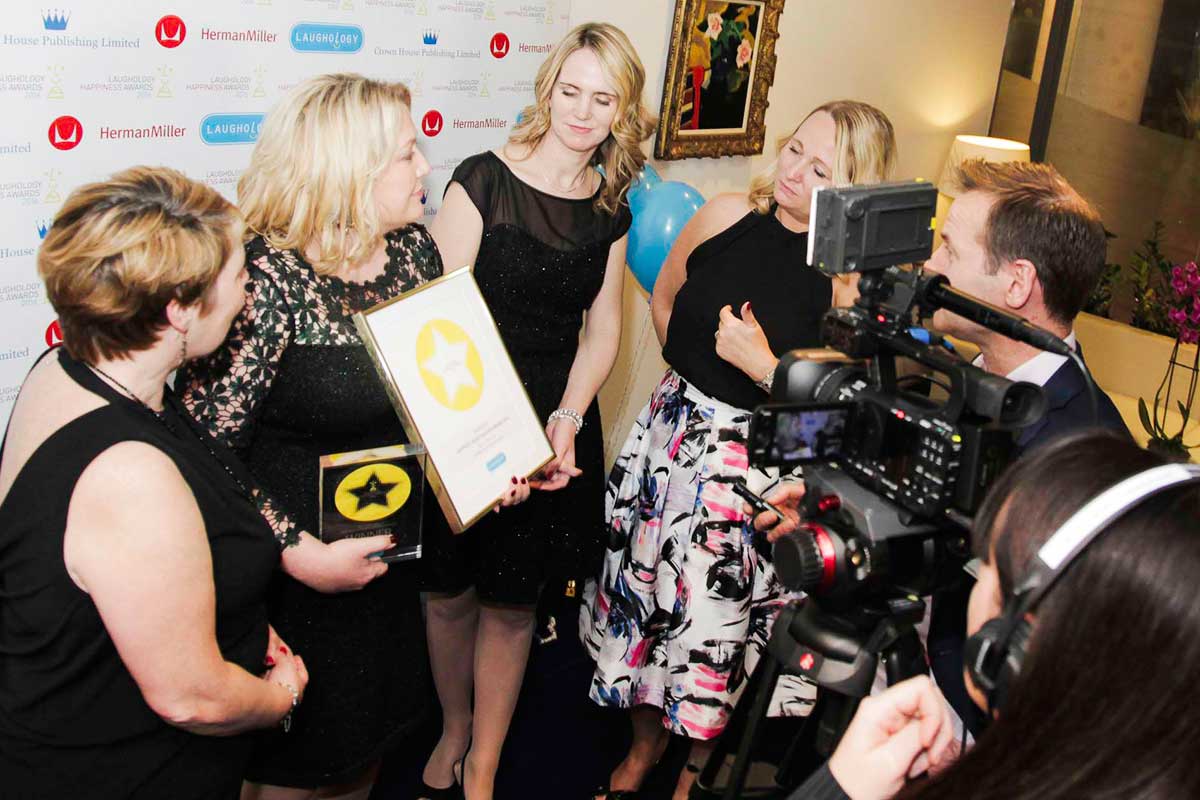 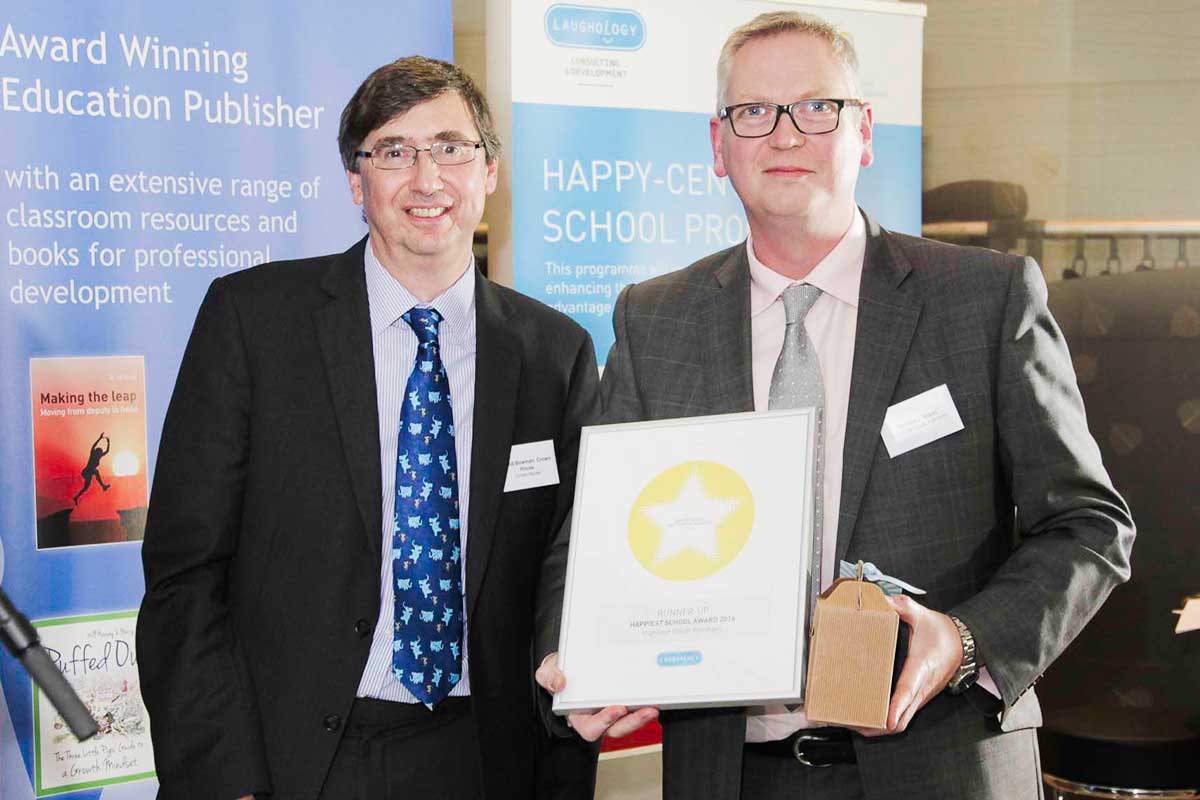 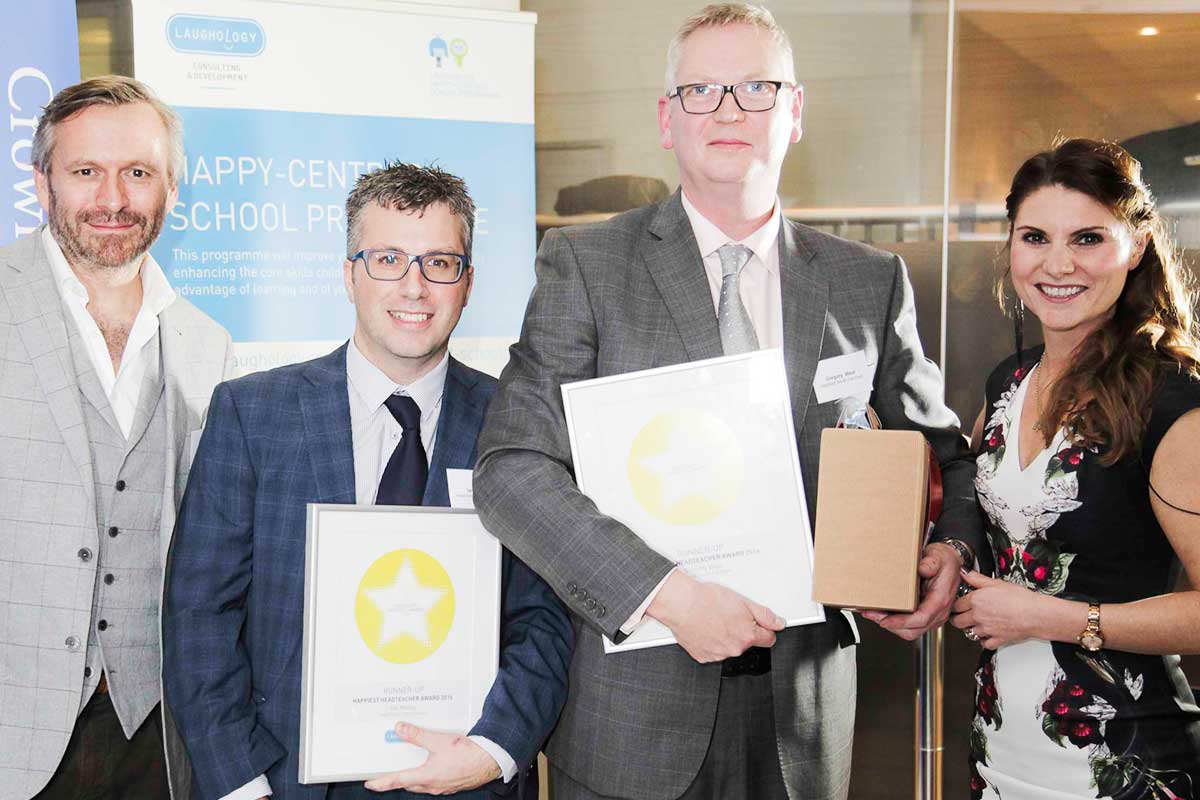 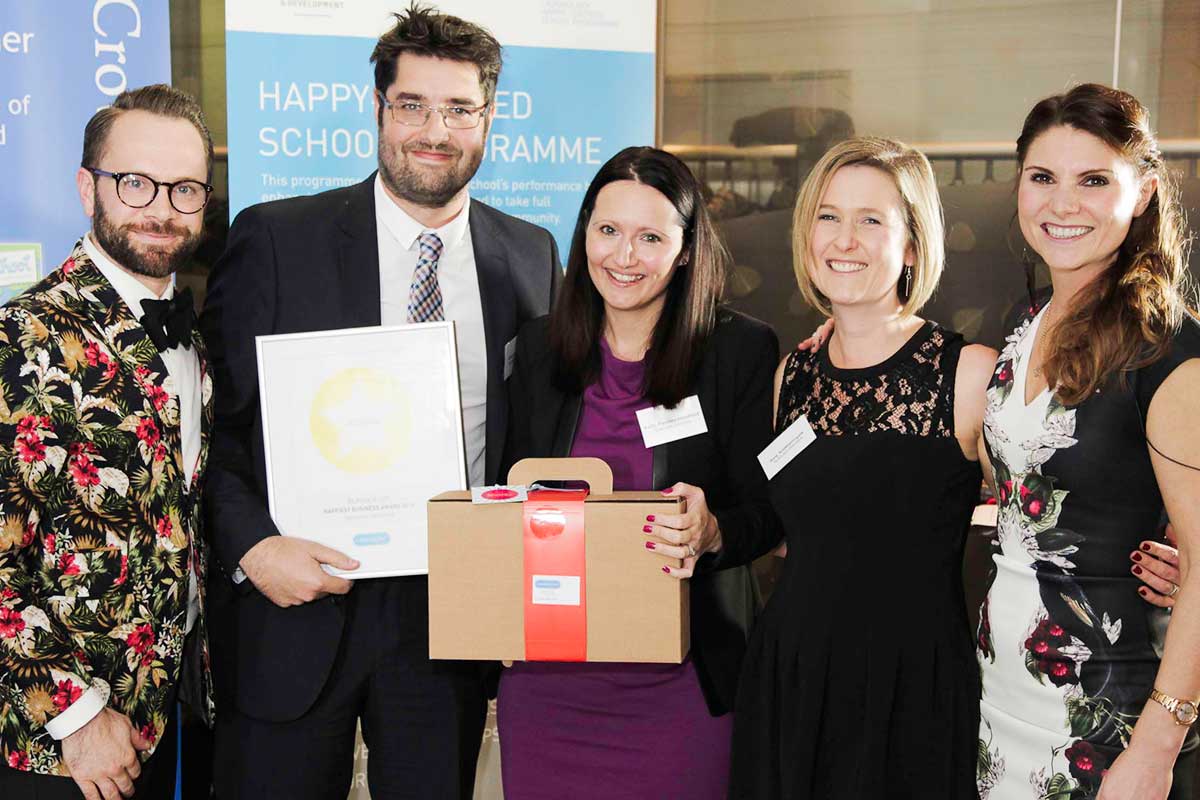 Spencers Solicitors, runners up in the Happiest Business category 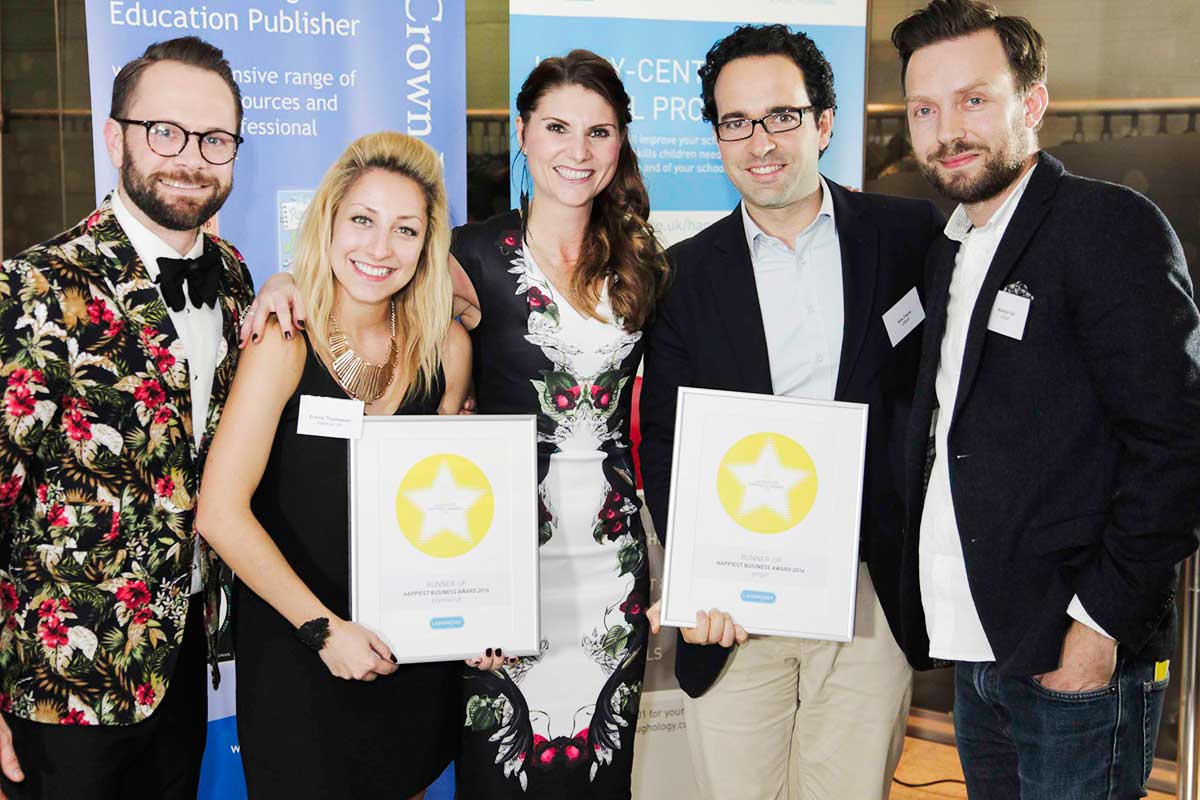 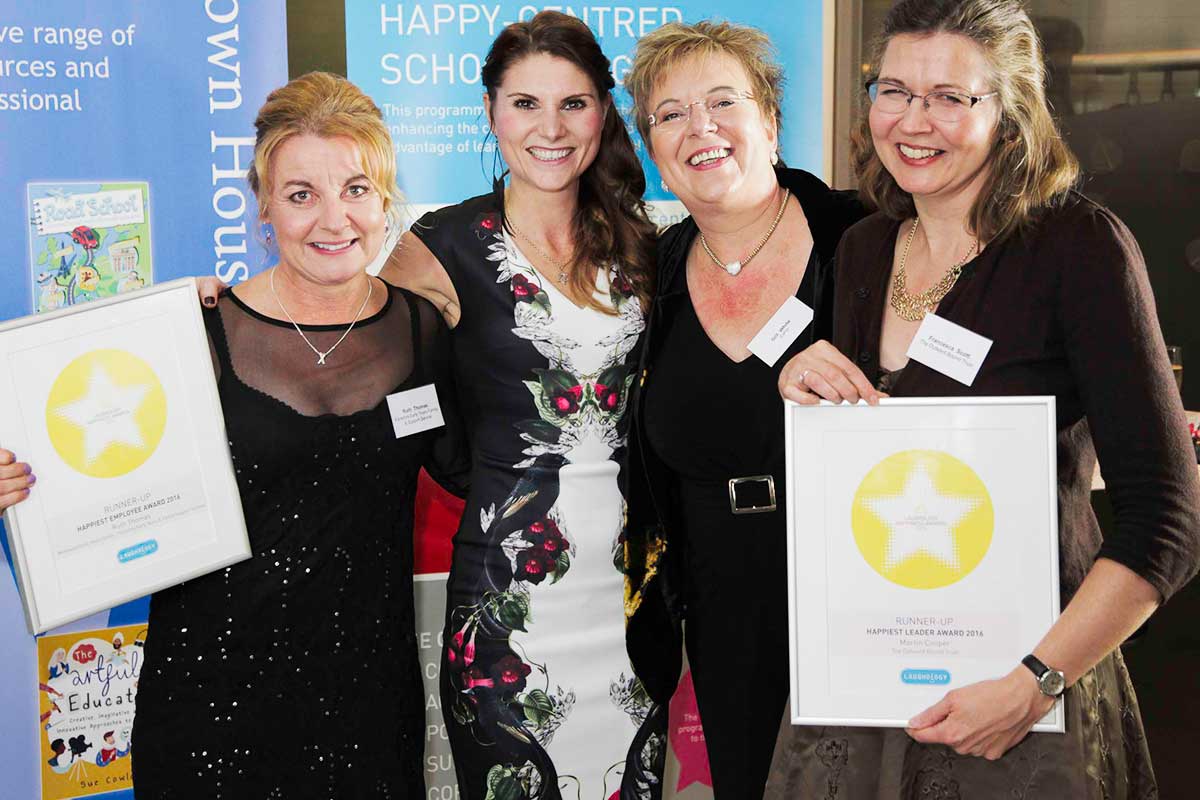