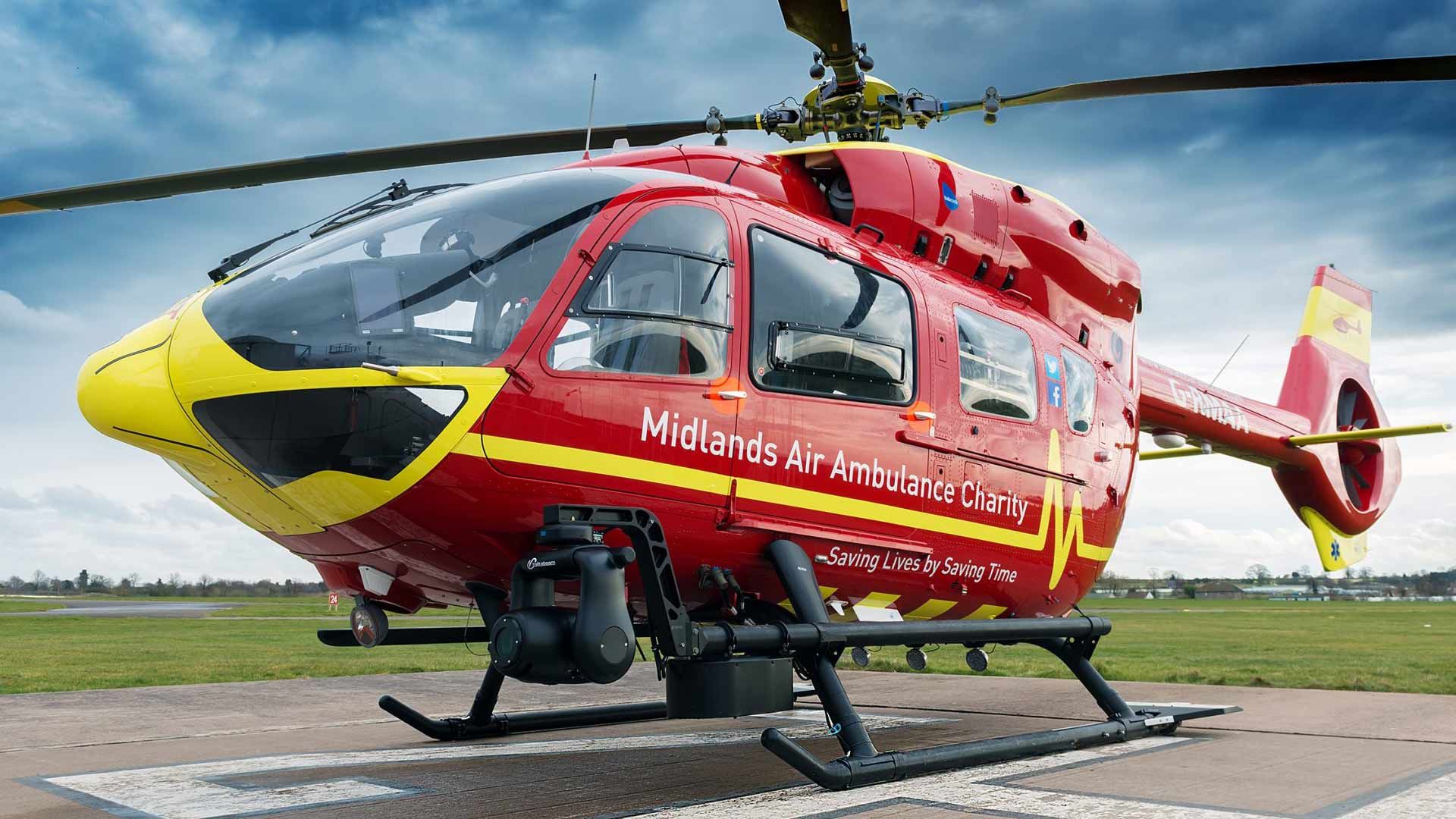 Midlands Air Ambulance is the charity responsible for funding and operating three air ambulances serving the communities of six Midlands counties.
Since 1991, the charity has responded to over 50,000 missions, most commonly RTCs, cardiac arrests and falls.
Each year, the charity starts every year with zero funds and must generate over £9 million from local businesses, groups and the public to stay operational.
As well as dealing with emergency situations and making sure patients receive the best care possible, as quickly as possible, Midlands Air Ambulance also takes its responsibilities to the health and wellbeing of its staff seriously, and has consequently been nominated by Charley Burke, PR & Comms Coordinator at Midlands Air Ambulance Charity for a National Happiness Awards 2018, in the Happiest Workplace category.
As part of the nomination Charley said:
'One of MAAC’s key strategic values is keeping employees at the heart of its operations, whether that be aircrew, strategic directors, employees or volunteers. Led by CEO Hanna Sebright, this quality is disseminated down throughout the organisation, ensuring all staff are respected, valued and listened to.
'Everyone who works for MAAC is actively encouraged to involve themselves in monthly wellbeing activities, which are organised by the health and wellbeing team led by Angela Watkins, Director of Business Support.
Amongst the health and wellbeing activities, there’s been Mindfulness May, where employees spent an hour each Friday in May away from their computers doing mindful activities. There’s also been walks to the park during lunchtime to get people moving, and craft sessions.
Along with the health and wellbeing activities, employees have the opportunity to attend an annual away day at Christmas, where team building games are played. Everyone at MAAC takes part in this event, regardless of their place in the hierarchy of the charity.
Also, employees of MAAC are very often heard referring to their colleagues as the ‘MAAC family’. There is a clear team outlook in the way that MAAC operates, and everyone works hard to achieve the best results for the charity. When the team has pulled together and completed something exceptional, such as the GDPR database cleansing process, directors of the charity purchase pizzas for staff to enjoy at lunch as thanks for their hard work.
A yearly Staff Survey is undertaken by the Director of Business Support, to gauge the anonymous opinions of staff members. This ensures all staff are honest in saying how they feel about the charity.
In the 2018 survey, 34 out of 38 staff members participated in the survey, and 100% of those who took part strongly agreed with the following statements:
In addition to the above, 97% of participants concluded that “Overall, I would say that MAAC is a great place to work”.
'A work/life balance is paramount at MAAC, and actively encouraged by all directors and operational managers. All staff operate on a flexi time basis, empowering them to manage their own time and workload in the workplace, and if they assist at any weekend events in aid of MAAC, they can take the time back at a later date.
'As part of MAAC’s standard recruitment process, employees are asked about their values and strengths at work. This ensures that people who join the team are of a similar nature, improving the work dynamics and preventing any issues. As with every team, issues sometimes crop up, but the open, accepting attitude of MAAC and its employees ensures problems are resolved quickly and effectively, while also ensuring everyone has had their chance to share how they feel.
'In addition to MAAC’s paid employees, it’s also important that the charity’s volunteers feel valued and are happy to be part of the MAAC family. As well as regular communication with staff, all volunteers are invited to events throughout the year, either to help out or simply to enjoy. One of these events is the Volunteer’s Luncheon in the Summer, which gives volunteers a chance to talk to those in charge at MAAC, as well as enjoying a day out and lunch on the charity. There is also a Volunteers Christmas Office Party each year, and volunteers can come in, meet the team, and play some fun Christmas games. This strengthens the bond between employees and volunteers, and ensure everyone feels appreciated by the charity for the work that they do.
'Recently, MAAC was awarded Investors in People and Investors in Volunteers accreditations, demonstrating its commitment to investing in local people and good management practice. According to the judges, both employees and volunteers were overwhelmingly positive about life with MAAC, and the reports noted a clear team-spirit and enthusiasm.'
It sounds like MACC isn't just looking after the welfare of its patients, but also puts as much effort into the happiness and wellbeing of its team.
Does your organisation promote and support your happiness and wellbeing? If so, why not nominate them for a prestigious happiness award.