Telecoms provider O2 wanted to create a leadership-led culture where people could have ‘great conversations that matter, making every day better through personal experiences that count’. Laughology was engaged to design, implement and embed an effective coaching programme that was flexible, engaging and different.
Launching Big Chats - Little Chats coaching programme at O2 HQ

Our preliminary research and surveys highlighted a sceptical view of traditional coaching models within the organisation. What was needed was a radical rethink of what coaching was, what it should aim to achieve and how it should be delivered. Old coaching models were outdated and unengaging.

O2 believed that every conversation was an opportunity to transform thinking and to drive change. Their 2017 engagement outputs were clear in indicating that people wanted more conversation with their leaders throughout the year. The goals for the programme were:

Laughology set about developing our coaching programme for the 21st century, which we call Big Chats, Little Chats (BC,LC). We started by identifying the weaknesses in traditional coaching models, which are generally outdated and fail to address modern working patterns, including remote teams.

Traditionally, when managers coach, they are sent on a course to learn how, and then deliver coaching in rigid, informal chunks, usually booked in diaries days or even weeks in advance. Life doesn’t work this way.

We believed that coaching should fundamentally be an ongoing, fluid process, the success of which is dependent on how managers interact with their people. We recognised that great coaching should be delivered as a continuum, not incrementally.

Using this philosophy, we developed a model to define the type of chats managers should be having with their teams. The goal was to develop a programme where conversations were personalised, anyhow/anywhere, on demand and future focussed (which we denote using the handy acronym, PA-OFF).

With BC,LC, we set about creating an environment and culture where managers would be constantly connected and could develop and nurture their teams on a day-to-day basis. It was important that the programme did not take a prescriptive approach. Managers and leaders needed to be agile and flexible. This works better in the connected world we now live and work in.

PA-OFF was the coaching delivery style. The next challenge was to create the right content to allow O2 to achieve its strategic goals.

Addressing communication to allow individuals the space to think and problem-solve, thereby developing independence, confidence and competency. The module addresses language, frame-of-mind and questioning techniques. It shows how to develop the right conditions in which to encourage open and honest conversations

Recognising and challenging fixed mindset to create growth mindset culture within teams. The module guides people through the learning pit to develop growth in others. It gives practical advice on praising the right way and rewarding effort rather than outcome. It is designed to allow people to develop a culture of self-directed learning while improving individual capability and agile working.

With the programme designed, we needed a delivery style and system suited to the size and unique set-up of O2; a large organisation with 6000 employees across a range of sites and directorates. We developed a multi-faceted, multi-media, blended-learning, creative approach.

To begin with, we set up early adopter groups to test and appraise the content. Their feedback was used to refine and enhance the content which was tested again before going live.

Laughology produced a series of learning shorts in association with O2. These were two to four-minute training films detailing how, when and why to use the techniques and content. The videos were original and scripted using real-life examples from within O2. They were produced in Laughology’s unique humour style, but branded to align with O2 tone of voice and land with the O2 audience. To create buy-in, familiarity, excitement and engagement we auditioned and used O2 leaders and team members. The films were posted on O2’s learning platform, O2 Campus. Previews and out-takes were also posted.

Cheat sheets were produced to accompany learning shorts. These followed the O2 branding and tone of voice and were accessible online. They were also mobile-friendly.  Each cheat sheet had theory, practical techniques and hints and tips.

Workplace (facebook’s workplace platform) was used to share ideas and new content and to release learning shorts. It was also used to set up and trial O2’s first virtual classroom on which we gave interactive webinars, which combined live-streamed presentations with real-time feedback through live chat. Techniques were shared and queries responded to. A workplace community was developed in which people shared successes and techniques. It encouraged engagement and was used to create anticipation before each new element was rolled out.

On the ground we developed a network of Chatterboxes and Chief Chatterboxes who were internal O2 staff trained to be BC,LC champions. They had variety of roles at different levels. They supported leaders to roll out the programme, supervised, mentored and fed back to Laughology and O2 senior learning consultants. They followed up after each new module was introduced and helped leaders with new techniques.

The BC,LC initiative was given a showcase launch by Mark Evans, O2’s CEO, at O2’s HQ. It was beamed via live-stream on Workplace. The launch introduced BC,LC and shared helpful activities and techniques. Head of HR, Ann Pickering, introduced the programme, head of retail, Ian Abrinol, highlighted successes from the retail pilot, including an increase in footfall, engagement and customer satisfaction scores. Over 200 people attended, over 1,800 watching virtually, the largest engagement O2 had ever seen.

Each module also had a mini-launch using O2’s Campus Live, which is a monthly 30-minute live interview streamed on the learning platform and Workplace.

Content was included at O2’s WLT events and SLT and board get-togethers.

23 percent uplift in sales for store managers who had been through the programme.

Examples of feedback around BC,LC themes:

Due to this retail achieved a positive uplift in 6 out of 7 KPI measures, including footfall, team engagement and profits. “The change in focus from results to performance has been fantastic to see” Keith Wood, Retail Learning Partner

Content performed above expectations, showing a positive engagement in the progamme.

Other high-scoring leaders above 75 percent had taken part in the programme and received positive feedback.

Why it worked so well:

The programme was developed in partnership with O2. Although BC,LC content was already designed by Laughology we tweaked it to make sure it worked in the O2 culture and spent time redesigning content and tone of voice to fit. We looked at what already worked online within the company and what didn’t. Pre-launch  focus groups allowed us insights into the company culture and the organisation’s views on coaching. As we developed content and ideas, we piloted elements, so we knew what worked and what didn’t.

Laughology worked in close partnership with O2’s L&D, HR and online learning partners to understand the company culture and mindset and how best to roll out the programme. The process was approached as a long-term investment, rather than a series of sessions and workshops. Indeed, it’s still being rolled out across the organisation. There was buy-in from the top down, from the CEO to the champions, which ensured BC,LC was embedded at all levels. Senior leaders and execs used BC,LC language in their comms. Communications between Laughology and O2 were sustained throughout.

The module-by-module roll-out of BC,LC over time, sustained engagement and interest and ensured that there was always news and current content for people to engage with.

BC,LC was aligned to the business and was used to target strategic goals within directorates. For example, in retail it could be rolled out in underperforming territories to raise performance. Rather than just being a workshop or another learning and development programme, we analysed what was important within directorates and linked champions to those directorate to help drive the specific goals. It could used as a tool for hitting targets.

The champions network provided on-the-ground support to managers and continually drive the initiative, linking it to business and strategic goals. 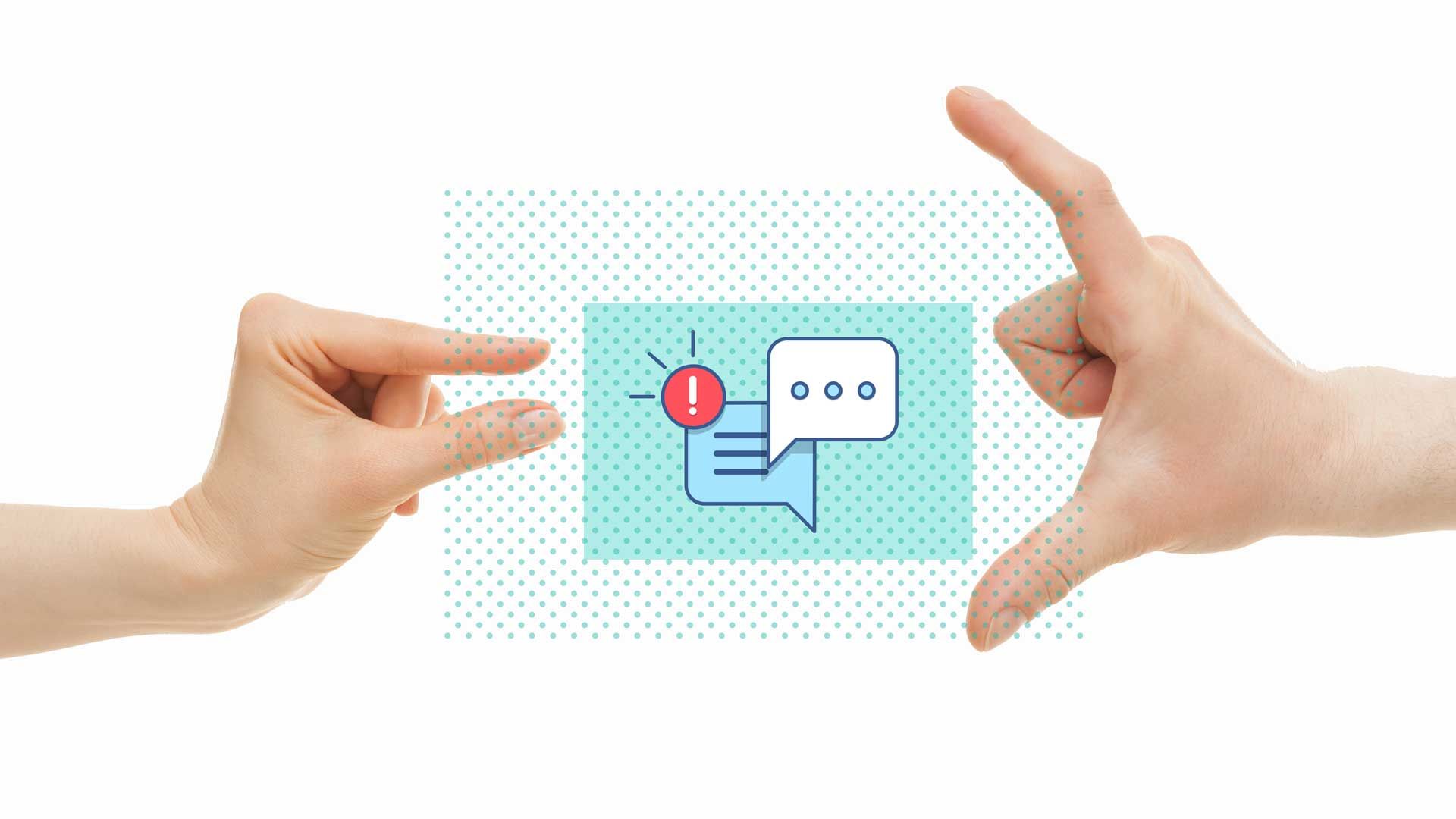 Severn Trent Water
Laughology devised a series of bespoke, immersive sessions with managers which helped them gain a greater understanding of resilience and increased emotional capital and engagement throughout the team.
Read more

Trafford Case Study
Laughology was engaged at a time when the Trust was undergoing a transformation process and was attempting to save costs to invest more in its core mission.
Read more

Fujitsu Case Study
International tech firm Fujitsu runs a two-year graduate programme designed to develop skills for work and future leaders. The cohort from this programme is drawn from all over Europe.
Read more