When Kerry Leigh sees a rainbow, she gets more excited than a toddler on E numbers and has been known to scare/irritate/amuse strangers with her unbridled enthusiasm.

She’s Laughology’s queen of interpretive dance and has a rare form of chronology OCD which causes her to develop a deep sense of satisfaction whenever the numerals on digital clocks are identical. Her favourite times are 3.33, 1.11 and 5.55.

Kerry is one of our most experienced and sought-after consultants and facilitators, having joined Laughology in its infancy. She is a professional comedian and compere and was the child star of the Operation board game TV ads. She has a talent for quickly building rapport with any group and is a captivating trainer and host. She has worked with clients across all sectors including:

Kerry’s excellent psychology knowledge and training skills enable her to deliver across the spectrum of Laughology courses and workshops. Each year, Laughology works with children’s hospice Claire House to raise money by teaching stand-up comedy skills to office workers, culminating in a hugely entertaining performance night. In recent years Kerry has provided the training for this programme.

In 2016 Kerry was instrumental in designing and delivering our pioneering menopause awareness workshops, empowering staff to start conversations and implement support strategies for what had been previously a taboo subject at work.

Kerry consistently delivers, using humour and laughter to ensure people take away new ways of thinking and psychological tools to improve wellbeing, communication and performance. She has a deep appreciation of stationery and is particularly happy when she has a good quality notebook in her hand.

Mental health in the workplace 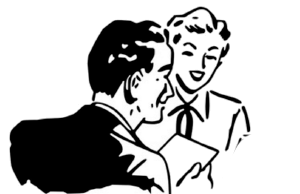 I started working in customer services in various guises, but have always been involved in creative things. I did creative writing and theatre arts at university and have been involved in stand-up and sketch comedy for a long time. I also did a bit of acting.

I have been involved since the very beginning. I met the founder, Stephanie Davies, doing stand-up comedy. We performed in a sketch show together.

What were your initial thoughts when you first heard about the idea for a humour and psychology based learning and development model?

I distinctly remember being at a gig with Stephanie when I was first getting to know her and she said ‘I am going to save the world with laughter’. She said it quite earnestly. I thought ‘okay, we’ve got one here’. But I also noticed how motivated she was. It sounded fun and although I probably didn’t realise at the time, it fitted my values and continues to do so, therefore it’s a pleasure to do.

The Laughology team have a broad range of learning and development skills to back up their specialisms, what would you say your strengths are?

I read a room and adapt very well because, as all facilitators know, no matter how well you plan, something will get thrown at you at the last minute or something will go wrong. Because of my comedy background, humour adds to how I facilitate. I am very much about positive humour and using it to lift people and make them feel good, as opposed to some comedians who might read a room and think it hilarious to put one person down and get everyone else to join in. I really like using comedy to lift people.

What specific projects have you particularly enjoyed?

I’ve loved doing the Let’s Talk Menopause programme with Midlands Police because I had some creative input in it. I loved it because it made people think differently about an important subject and you could see the change in the room happening as the sessions progressed.

They have never been particularly closed, but I have noticed more people placing more importance on wellbeing and mental health. Sometimes it is done to tick a box, but also businesses are starting to realise that people will come to work and stay at work if they are well and happy. The sector values wellbeing more.

I would make psychology part of the curriculum from primary schools and up, because everyone would benefit from understanding themselves and others more, rather than fumbling through life and then getting therapy to work it all out in their thirties and forties. You understand why situations happen when you can see the bigger picture.