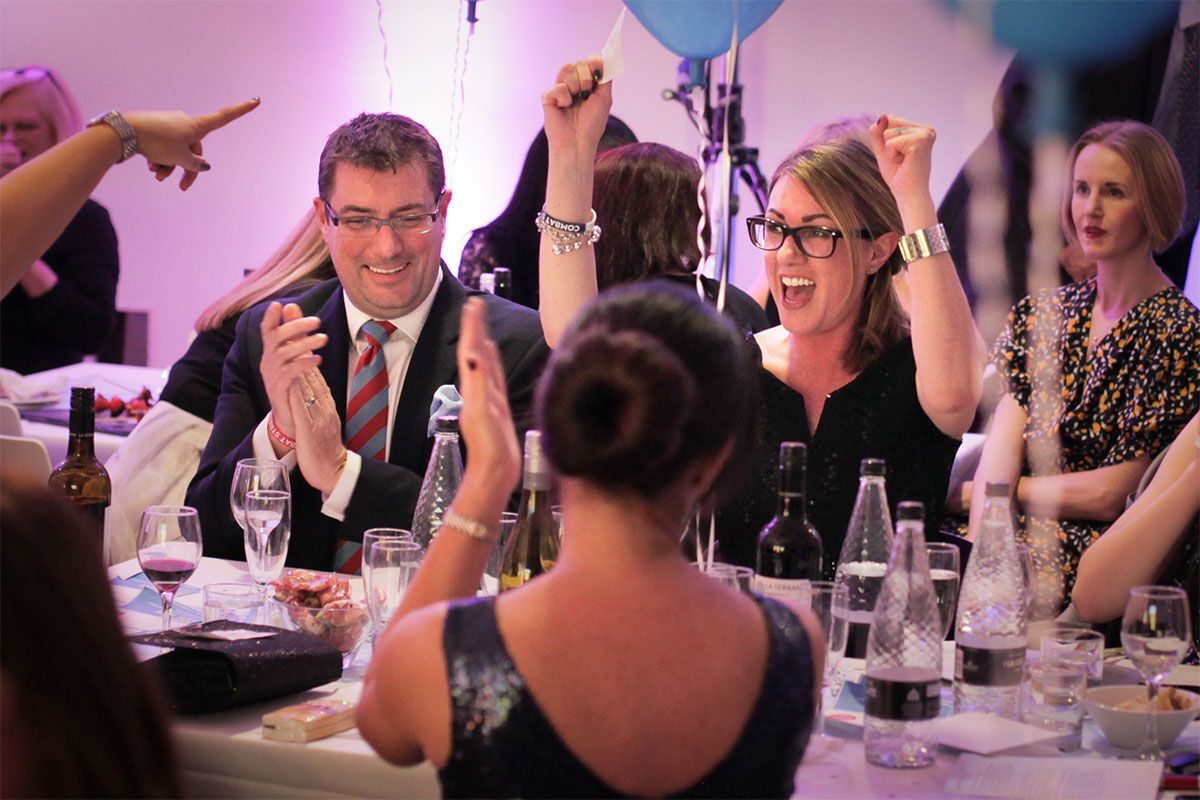 Over 150 entries across all categories, 120 excited guests, a couple of costume changes, free booze, a buffet and a room packed full of happiness heroes. Dave Keeling in a dickie bow. Stephanie Davies flashing the flesh. It could only be the National Happiness Awards.

After months of planning and some very difficult decisions, the judges chose their winners, which were announced at a gala ceremony on Friday night.

And the winners were

The awards were a huge success and there wasn’t a dry eye in the house when our new Happiest Pupil category was announced. Winner, Callum, is an inspirational eight-year-old who beat spine cancer and defied medical expectations when he learnt to walk. His happiness and beaming smile – in spite of the medical needs his condition has left him with – was infectious.

All our winners displayed the positive power of happiness. Guests heard about some of the ground-breaking initiatives being carried out by organisations across the UK; from Burges Salmon’s individual development action plans and brilliant charity events, to Fourfields Community Primary School’s double-decker reading bus and community PT classes.

The awards applauded individuals who go above and beyond to support colleagues and spread happiness, such as Debs Gallagher who has been a rock of support for her team at Virgin Active, and Natalie Reed who has invigorated colleagues and pupils. They also honoured the positive teamwork of organisations such as Inspired To Change and paid tribute to tomorrow’s happiest leader, Will Ridley.

The charity partner for the event was veteran’s mental health charity Combat Stress. An auction and raffle on the night raised £1115 and fundraising continues.

The awards would not have been possible without the support of our wonderful sponsors Simply Better Events and Crown House Publishing who we are honoured and proud to work with. We are also hugely grateful to CIPD, who hosted Friday night’s celebrations. Thank you all for making them such a success.