Could Loretta Gray be the happiest school person in the UK? 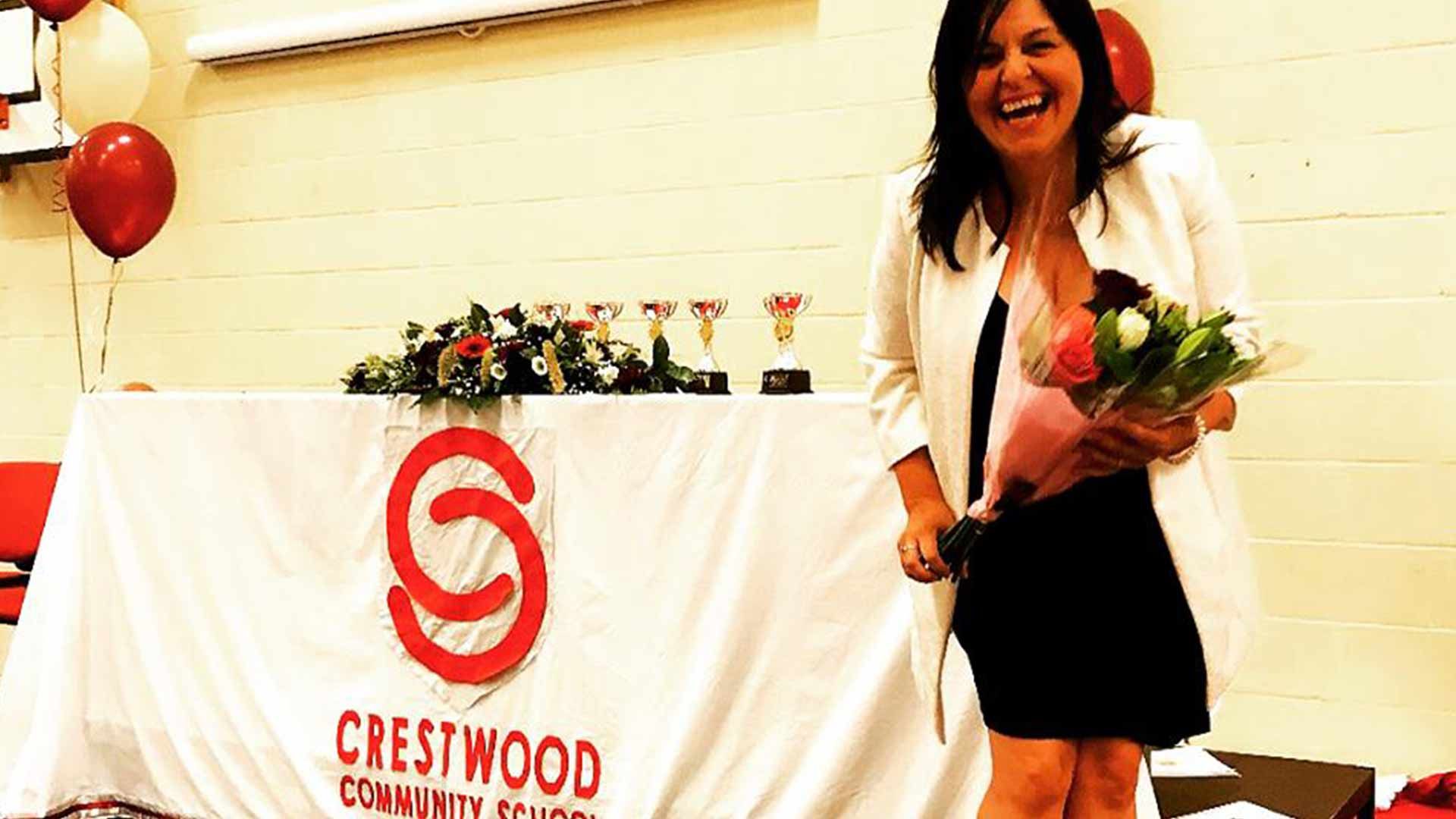 'Loretta is a light in everyone’s day...she has brought so much joy to our wider school community', according to David Tully, her colleague and an English Teacher at Crestwood Community School, who has nominated Loretta Gray in the Happiest School Person category of the National Happiness Awards 2018.

David goes on to say: 'She has time for everyone, sees the positive in every situation and her good humour and laughter are absolutely infectious.

'Loretta goes out of her way to think up new competitions and games for the school Facebook page to get people involved and make them smile, and her Monday Motivation posts are hugely popular with staff, students and parents alike.

'This year, Loretta was featured on 'Working Class White Men' on Channel 4, where a past pupil spoke about how she had supported him at school, helping him on his way to Cambridge University. It’s difficult to sum up in just a few lines the enormous beneficial impact Loretta has on everyone at Crestwood, but I can say unreservedly that she is one of the happiest people I’ve ever met and that we’d be so, so much poorer for it if she wasn’t around.'