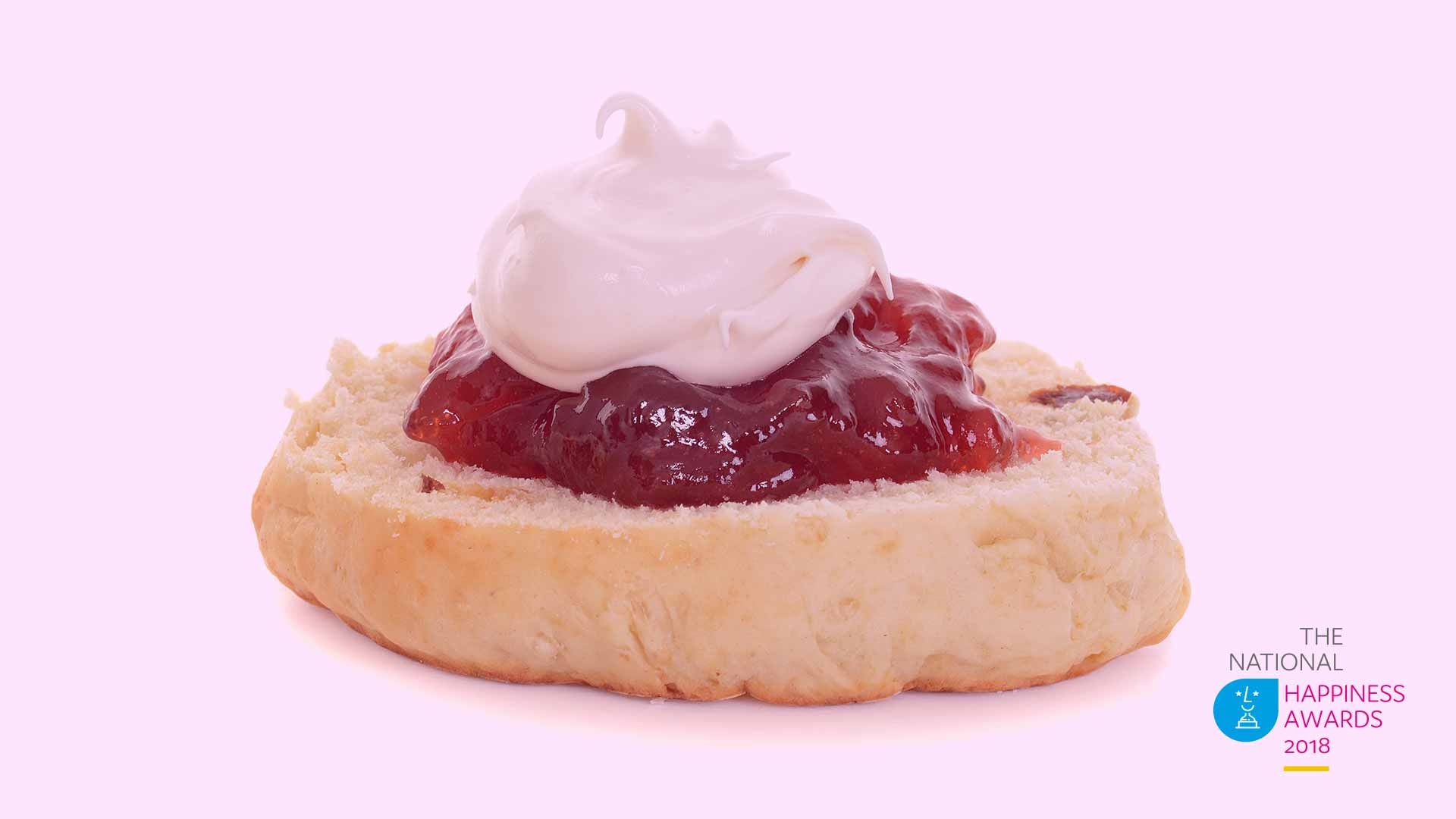 Is it the scone eating demonstrations or the effervescent personality that has earned Loretta Gray, Marketing and Social Media Manager at Crestwood Community School, Eastleigh, two nominations for the Happiest School Person 2018 award? We at Laughology Towers are not sure, but frankly we don't care because we love both of them.

Steph W, our very own Laughology Happiness Awards Guru and baked-goods fan, is convinced it's the scones, although since she had her teeth fitted with a brace she relies on a liquidiser and drinks cakes through a straw.

Back at Crestwood School, headteacher Krista Dawkins, says: "Loretta adores organising the 'cream tea with the headteacher' scheme and will always help set it up so that the pupils have the best possible experience. They have been known to fill their mouths with squirty cream while she teaches them the best way to eat a scone - which is very messily. Our school would not be the same without the effervescent Loretta, she makes my day every day, and all of the staff and students love her."

A second, equally enthusiastic nomination from Loretta's colleague, Kathryn, explains that 'she is always smiling and happy even when overloaded with work'. Kathryn says: "She always says hello, no matter what she is doing. She cheers me up when I’m having a bad day. She is an inspiration."

Does your school deserve a nomination in the National Happiness Awards 2018? Is there someone in your school with a similar penchant for baked goods? Or maybe just someone who makes your school a happier place to be.

The awards cover the whole of the UK and gain significant media attention. There are 3 categories in the school section of the awards. Nominations close soon, so make sure your school doesn't miss out.