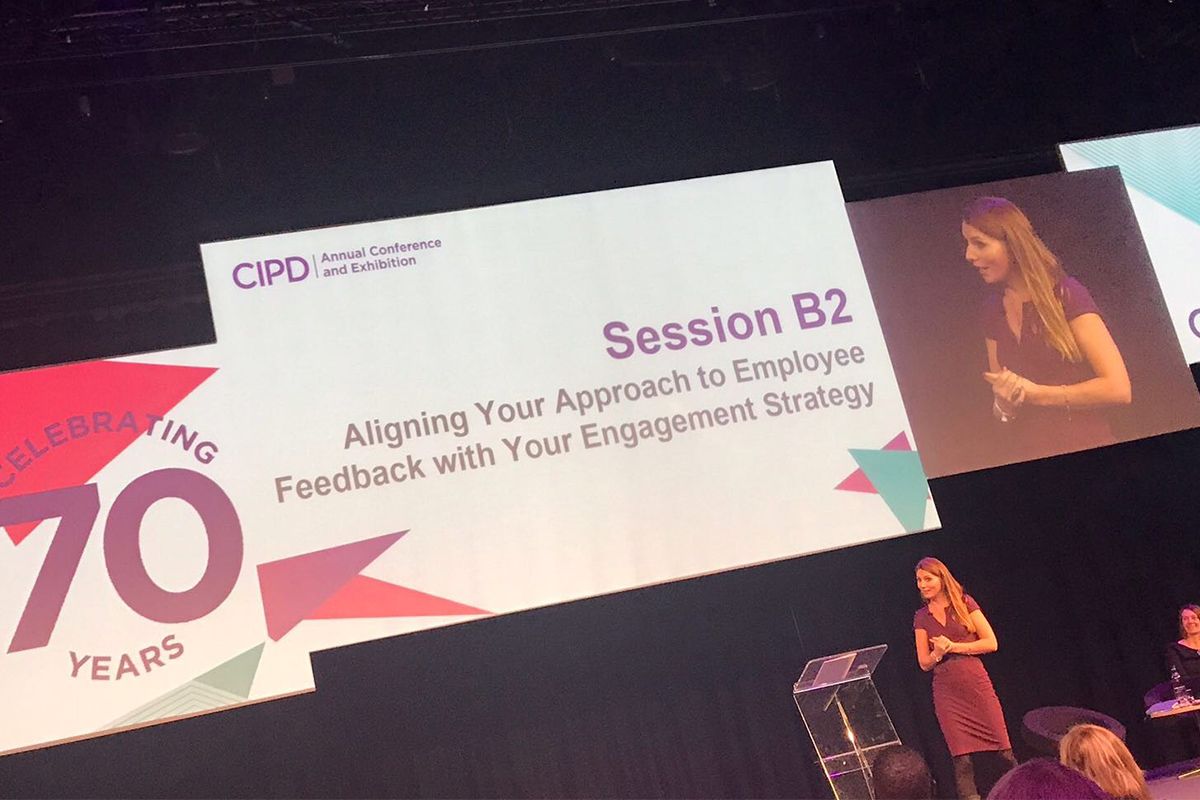 Stephanie Davies made her annual pilgrimage to Manchester to talk at the CIPD conference in November. She was delighted to share the stage with the Head of People’s Happiness at Ella’s Kitchen and the Head of People at Cath Kidston; both very forward-thinking titles.

The panel talked about engagement strategies and the most effective methods of surveying in organisations in order to gain insight into their people and processes. Subjects covered included condenser days and 360s. The panel discussed interaction and feedback in organisations and concluded that feedback and appraisals should work top-down and bottom-up and should be ongoing and evolving rather than structured at certain times.

Stephanie hosted the session for 400 people.